Mashan County, you should visit for your kind hearts

The world vision China office operate tours for the special domestic tourists to Mashan County, a prefecture near Nanning, a mountainous region with various ethnic group.  It is alarmingly beautiful with mountains, hills of a karst terrain not unlike those in the Balkan Peninsula; however, during the new wave of globalizing in the world, majority of the population lives in poverty and the polarization of the rich and poor is widening in China.  The peasant-migrant worker, who leave behind their children to the care of their grandparents, work in the labour-intensive factories along the East Coast; in particular, the Pearl River Delta near Hong Kong. 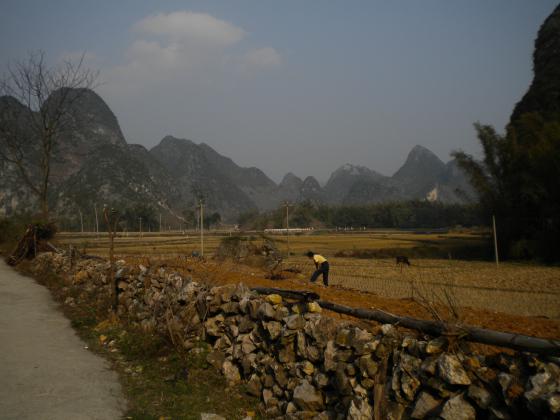 Mashan County – Peasant on the Field [1]

The World Vision Australia operates tour to Cambodia with itineraries in the Post-Pol-Pot democratic Cambodia of a constitutional monarchy while the Khmer Rouge is being put on trial.  The Killing Fields and Tuol Sleng Genocide Museum with its S21: the regime’s killing machine’s photo and images exhibited in the former cells have become a tourist trap. http://www.worldvision.com.au/TeamWorldVision/events/cycle_cambodia.aspx

You should go and find out a Post-Mao-Deng’s China, a window or a mirror how China has drastically changed from a Post-Cultural-Revolution puritanical society into a consumer society where the consumption drives the GDP production and information control is tightened in a post-industrial globe with internet super highway and at the same time fossil of the English Industrial Revolution still remain with steam engine train running in the remote mountain areas.  Mashan County is about four hundred kilometer to the west of Hong Kong and the World Vision Tour itineraries Prototype will be followed as:

4, Bus from Mashan to Nanning

While World Vision has its office in Guangxi, China, its official co-operation to care for the poor and its aim is to rid of the poverty,  to help the left-behind children a better education and care with their parent working in the factories in the East Coast. Please read the link: http://english.cntv.cn/20120227/118911.shtml 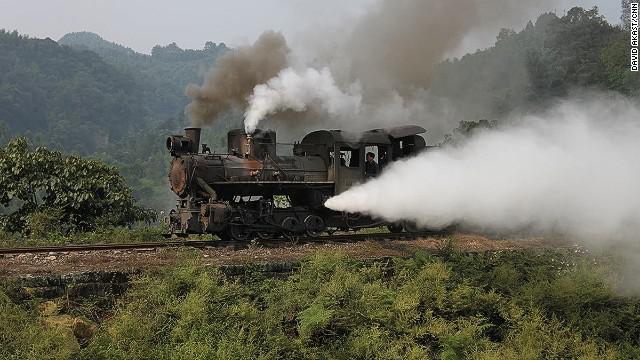 – Encounter on a Train Trip in Mainland China

I bought a hard-seat ticket rather than a sleeper berth in the Beijing Western Station and took the journey to Xiamen, a costal city of Special Economic Zone with joint ventures – factories that are labour intensive.

This is a Post-Mao and Post-Deng ‘s People’s Republic of China, where the Marxist theory of the exploitation of surplus were casted aside and another wave of Globalization is happening and spreading on this planet.

China has changed drastically over the last two decades of Open and Reform policy with the central government’s policy of attracting foreign investment, joining of WTOs and an authoritarian and centralized socialist market reform – the state-initiated low-cost of infrastructure, labour and capital along the East Coast.  Mao’s utopia of a peasant and worker’s paradise of an egalitarian has metamorphose into a technocratic para-dystopia while China has built a net-work of Fast-Speed-Train called ‘Harmony’ with the maxim speed of 300 kilometer per hour and sent a space-craft with man and woman landing on the Moon. 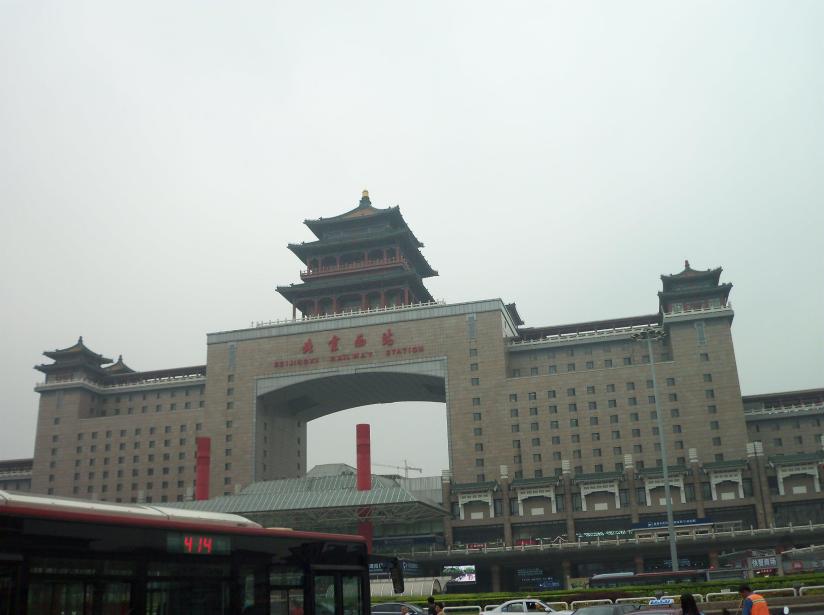 The journey will take thirty-four hours to get to the destination – Xiamen or Amoy, where tea in English comes from the local dialect.  The slow train is cheaper and I will see much of the low-income earners – not possible in the Bullet Train that carries the new-rich middle class or professionals or CEO, not possible on the budget flights either.  Journey will cover the Norther China Plain, crossing the Yellow River, Yangtze River and then travel into the mountainous region and long the Nine-Dragon river.

With a 1.3 billion population in China and a larger proportion of peasants in the countryside – 70% of the total population, peasant don’t make much profit tilling on the land with the high cost of fertilizers and low price of market purchase of either state or private sectors, China imports more grain from Australia and exports more manufacture goods and products – a sort of living fossil of the English Industrial Revolution in the early 18th century – sort of Dickensian noir and witty, a Orwellian despair and control.  Imagine that businessman was considered as the lowest rank in the Confucius ideology of order, harmony and benevolence with the son of heaven as the emperor with who built around of nine ranks – an idyllic paradise of pavilions, cranes and cloud.

However, with the rapid economic growth and a blind pursuit of GDP, China suffers tremendously with smog pollution – an environmental catastrophe, and psychologically, peasant-migrant workers who leave behind their children in the mountainous regions and countrysides and work in the sweat factory where trade unions are a puppet and industrial relations negotiation are none.  The next generation’s psychology of these children will be an issue.  The liu-shou or the left-behind children are left with their grand-parents to look after.

‘The rapid development of export processing and technology experimental zones across China……was based on the massive harnessing of young peasant-migrant workers in particular of women, who are often the cheapest and most compliant labour.’[1]

The train scurry through the Norther-China Plain and enter a night of new passengers with the contours of dark mountains outside of the train windows in vague and drowsiness in the fluorescence light glitter in the reflection in the passenger car.  Peasant-migrant workers boarded the train at four in the morning as I am on a long haul.  These people of young wanna-bes who look like the Hong Kong pop star, middle-aged men and women with or without kids carry their luggage and find their seats with the computerized bar-code tickets.  A middle-age woman with her daughter sat besides me as I was sitting by the window and theirs on the aisle.  We didn’t talk until the midday after lunch.

I started the conversation with the woman called Ms. Liu.  I did not ask where her husband was.  She told me that her daughter was twelve years old and she went back to the factory and looked for a secondary school where her daughter could attend to.  She started to work in the factories: shoes, textiles, bricks and plastic toys since the mid-nineties.  She lives in the countryside: probably with her parents in a large house.  Maybe she had a relationship in the late nineties and her daughter was born.  She was very independent, looking slightly exhausted with grayish hair and wrinkles on her face.  She negotiate a deal with the supervisor on the mobile phone and she rented a room of about Aus $ 85 bucks near the factory in the industrial garden zone.  Her daughter looks loverly and full of expectation to go to a new school and starts a new life with classmates.  She left her boy-friend or husband a few years after her daughter was born.  She had her daughter left behind in her home-town and looked after by her parents in the remote mountain region.

‘At the same time,while the productive labour is absorbed in the free labour market nationwide, children and the elderly often have to be left behind because they are denied access to basic welfare in the urban areas…’[2]

China has leaped forward into an era of consumerism, mass-productions and chains of fast-food.  The marriage relations are also fast with woman financially independent and self-reliant.  The Confucius patriarchy is smashed like a shallow shadow ghostly before the locomotive at the eerie night. 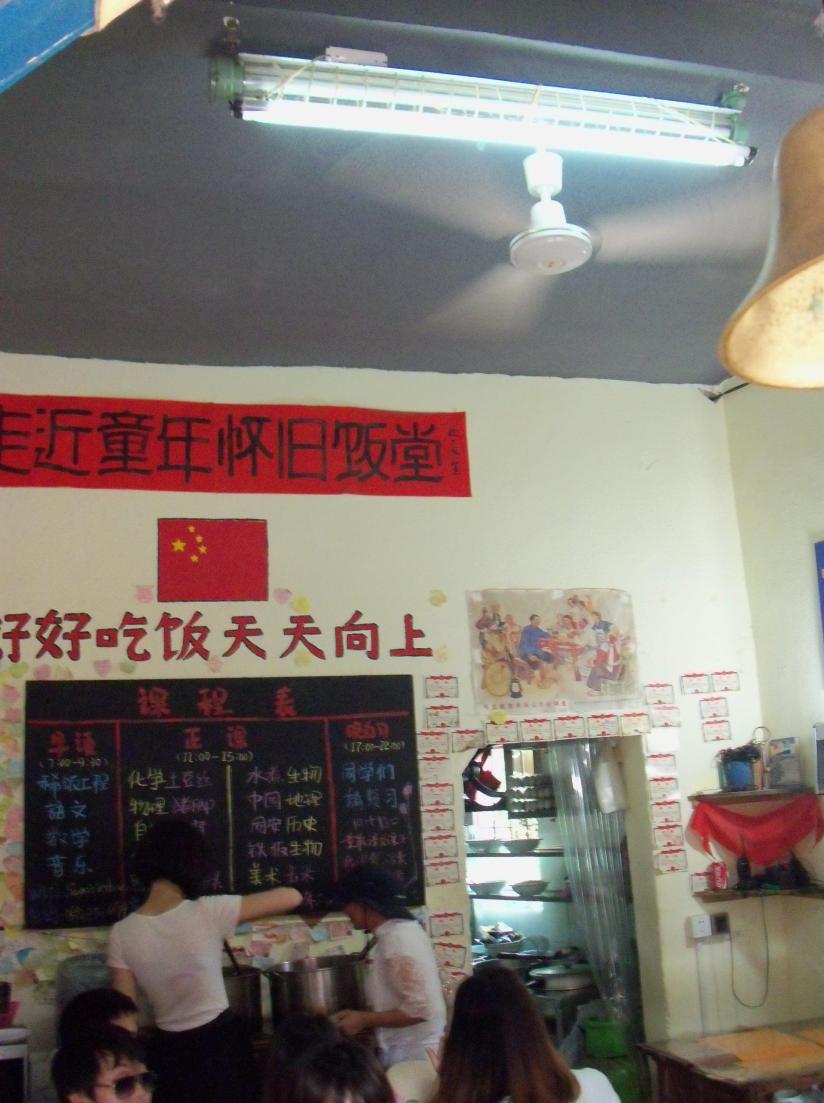 I am single and looking at the single mum with a very smart teenage girl looking at her mum and in earnest trying to find her mum a new partner.  Putting the tears and sweats and all the hardship aside, I felt affected by the generation-x-y-z or whatever single nuclear family; yet, I am only a traveler on the road.  The conversation offers me a glimpse of a modern and contemporary China. 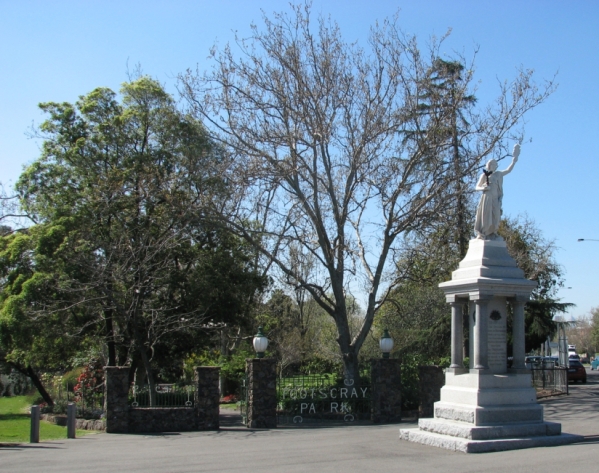 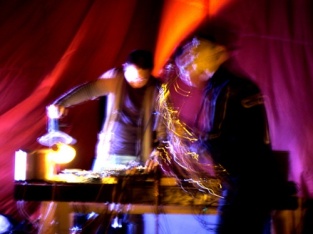 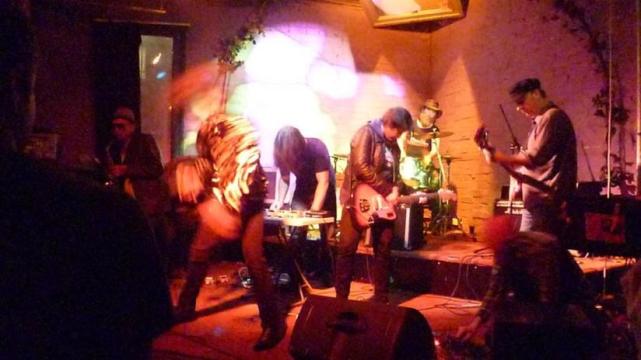 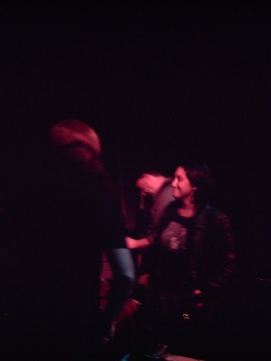 As previously announced, they have finished an album in collaboration with Mani NEUMEIER (ex-Guru Guru) in late 2011 finally. Actually I’ve assumed that inorganic / dry-fruity riffs like typical Krautrock or rigid rhythm-based soundscape like Guru Guru may have been induced by his collaboration and drumming, but I’m pretty surprised and amazed at more eccentric production of them than expected.

Yes my expectation can be broken in pieces from the beginning. I can hear something like burning dry desert, blowing sandstorm, and sweat of travellers, suffering with serious hotness around them in the first track “Ocular Orbit”. Mani’s drumming and Matt’s piano play can sound like cool glassy water in such a tough atmosphere rather than simple heavy fuzz. This mysterious and a bit mismatched mixture can fly like an eagle strongly. Not a simple psychedelic jam but a Krautrock-ish experiment they have shot, an interesting stuff. On the other hand, as the second “Phospheniac” or the fourth “Chromatic Aberration” (such a bizarre is Paul’s infernal game devils play? Feel touches of freedom, a unique one), Paul’s violent growl and shout reminds me the same smell like some grind-core projects, strongly and intensively so far. Their soundscape getting along with Paul’s madness can kick us away into the great beyond. In these short two, PKE could launch their psychic power as usual I feel.

Ah the most confusing / problematic creation in this album for me is the third “The Canal Of Schlemm”. Mellow, dreamy cool stream with Matt’s quiet but dramatic piano solo makes me warm, and slow drone space rock (unlike PKE!) based upon Mani’s steady, relaxed drumming knocks me into more confusion (obviously). As if all of PKE players would leave themselves to the spacey shower, this stuff (especially the former part) goes forward naturally and smoothly. In the latter a bit violent fuzz / buzz attacks me indeed, but it cannot alter the delightful stream at all (guess Paul might have felt something different from his usual works just upon this point) … as a result, for both the players and the audience, this song could season eccentricity into them all I suggest.

So, in conclusion, as Paul may feel, this album has showed something versatile … not only by Mani’s collaboration but also by their soundscape shifted into more eclectic, in my opinion. An important cornerstone methinks.

I played my alto saxophone at this gig and three weeks afterwards . The gig was a success. Because the band is an improvisation jam band, a public performance is a rehearsal. It raises the issues of Chances, Synchronicity and Telepathic responses of the players on the stage. It requires excellent techniques and brilliant responses of spontaneity. Chances are everywhere in our life and we tend to synchronise without knowing so the impromptu becomes a process of creativity in the process on the spot off the spur and instantaneously. Because of the chances, there are tarot card and divination oracles; because of the chances, there are crisis; because of chances, there is spontaneous outflow of creativities.

The style of the music is a fusion of noise experimental, psychedelic and free jazz. Free jazz is all about the liberation from the oppression and repression even though it can sound self-indulgent. It is of freedom, for freedom and about freedom. So how to avoid the repetitiveness and banality requires the musician to explore and enhance the techniques. Otherwise, every gig will sound the same. I played like mad for 45 minutes and I am happy with my performance. 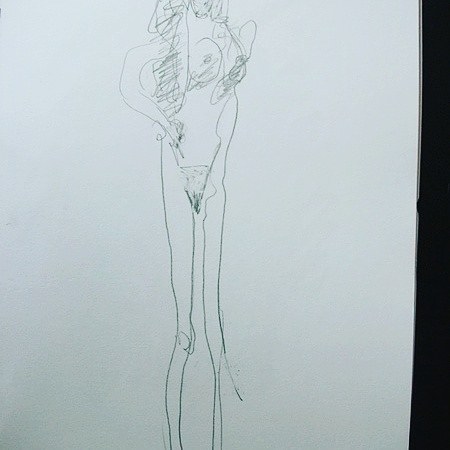 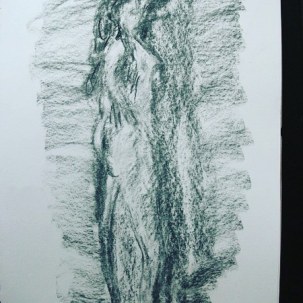 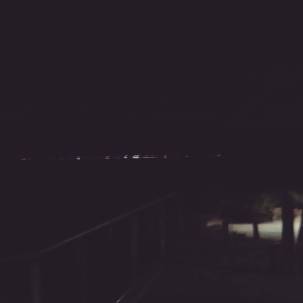 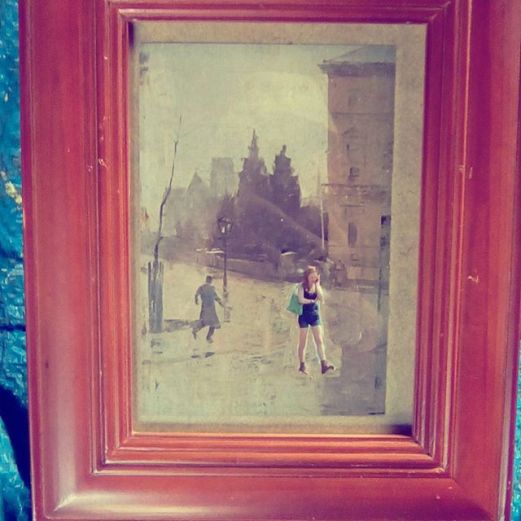 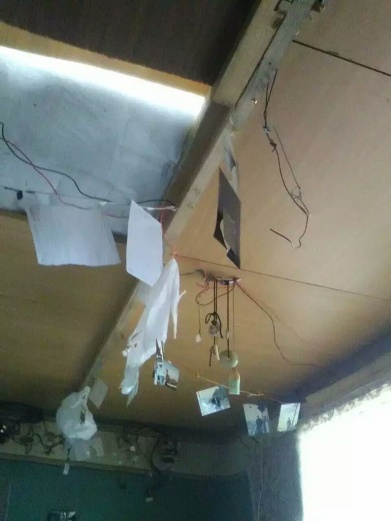 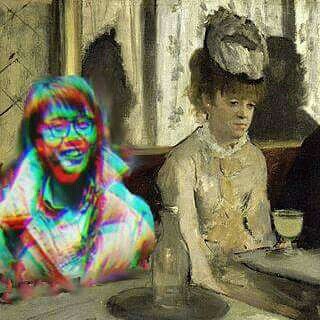 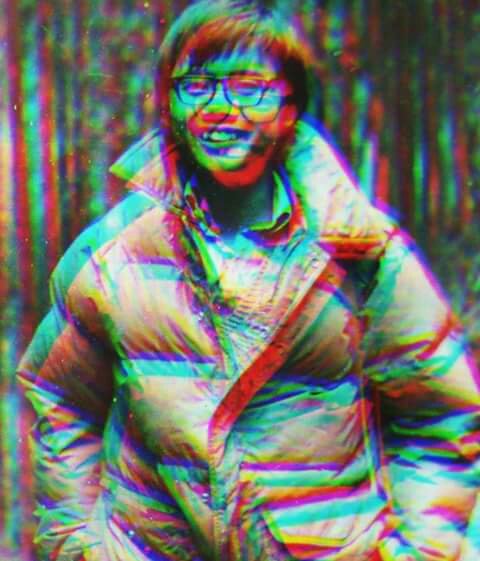 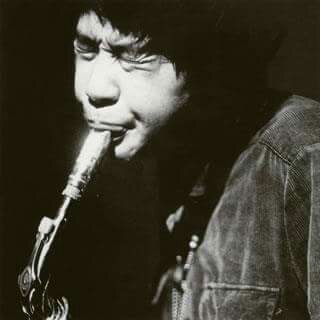 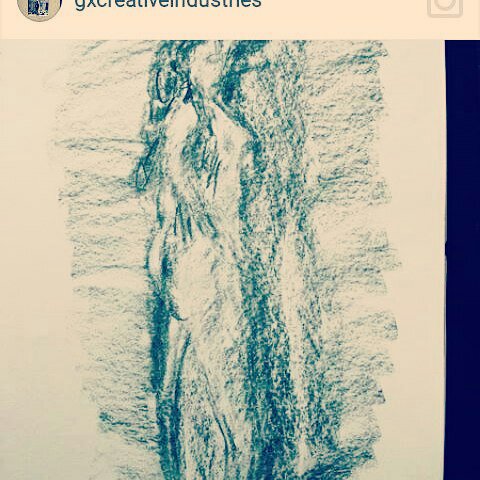 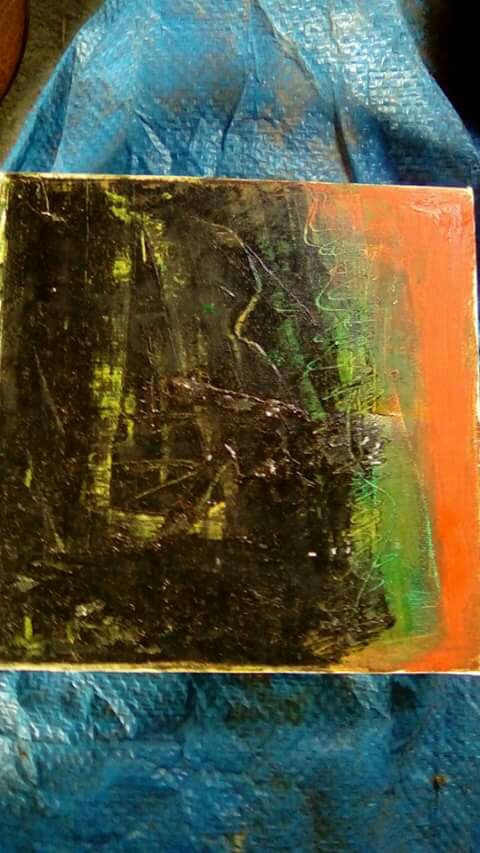 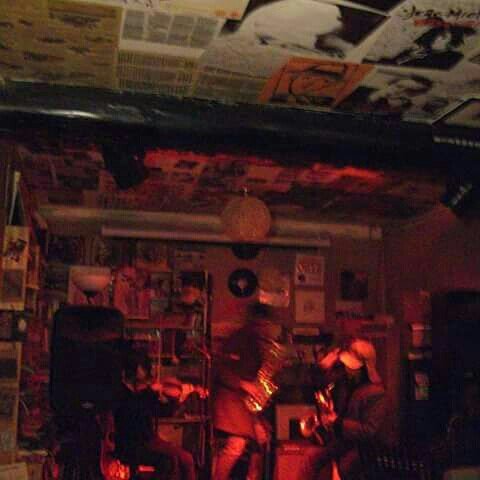 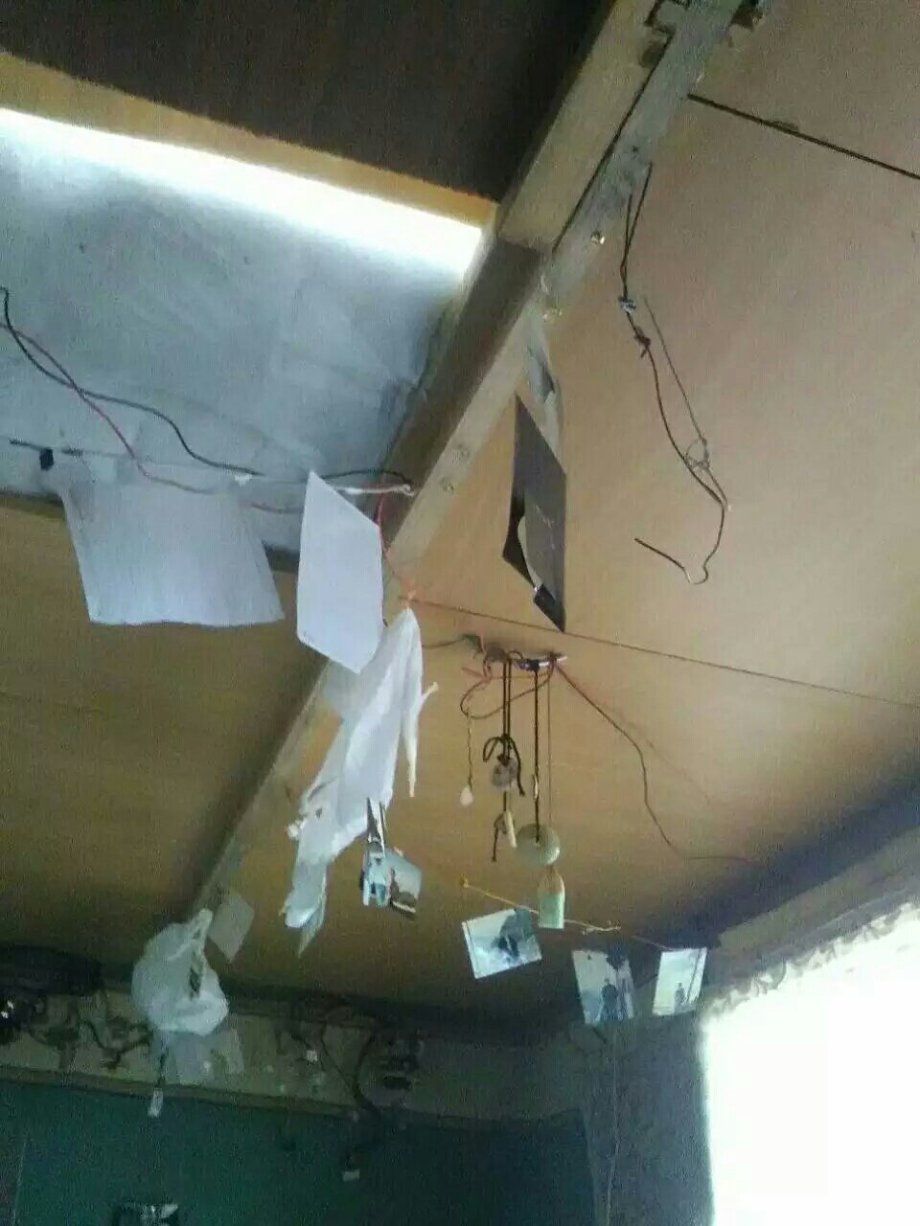